Davitts travelled to Kiltimagh on Saturday evening and were beaten, 0-12 to 1-7, in an error ridden display, in the secondary league. Although the Davitts midfield partnership of Ronan McNamara and John Heneghan were winning a lot of possession, the Davitts attack were very wasteful and over dependant on Michael Conroy, squandering numerous scoring chances. Davitts, with the assistance of the wind, led by 1-4 to 0-4 at the break, with Conroy scoring the goal on the stroke of half time. The second half belonged to Kiltimagh however and with displays like this Davitts wont win too many games. The only Davitts players to come out of this game with any credit were Tommy Nolan, James Cummins, Johnno Clarke, Ronan McNamara, John Heneghan and Michael Conroy.

Davitts U-14 team were heavily defeated by a slick Ballinrobe side in the county league Div 4 semi-final, played in Ballinrobe on Thursday evening. The final scoreline of 9-11 to 1-12 tells its own story, as the Ballinrobe attack carved open the Davitts defence, a defence deprived of the services of centre back Michael Mangan, who missed the game due to a shoulder injury. Davitts fought hard throughout the game with Dylan Higgins, Padraig Mangan, Jack Rodgers, Cathal Hennelly and Gerard Griffin trying extremely hard to stem the tide, but Ballinrobe were never in any danger and marched confidently into the final. Davitts scorers: Cathal Hennelly (0-6), Padraig Mangan (0-3), Shane Treacy (1-0), Keelan Cosgrove (0-1), Ritchie Connor (0-1), Jack Rodgers (0-1).

The U-14 team qualified for the Div 4 league semi-final with a splendid 3-14 to 1-6 victory over Louisburgh in Castlebar on Monday evening. Davitts ability to take their scores was the difference between the sides while at the back, Davitts defended superbly and goalkeeper Thomas Monaghan made a number of superb saves. Davitts led by 1-7 to 1-2 at half time, the goal scored by influential midfielder Padraig Mangan after a defence splitting run. Second half goals from Mangan and corner back Dylan Higgins sealed the deserved victory. This was a very impressive team performance but the displays of Dylan Higgins, Sean Burke, Michael Mangan (until he got injured just before half time), Mikie Devane, Jack Rodgers, Padraig Mangan, Cathal Hennelly, Shane Treacy and Gerard Griffin were top class.

Davitts got their intermediate championship campaign off to a winning start with a 1-12 to 1-9 victory away to Killala on Saturday evening. While never really hitting top form, Davitts were still relatively comfortable winners, withstanding the second half rally of the gallant Killala team. Davitts, with the assistance of the wind, dominated the first half with full forward Michael Conroy putting on a masterful display, scoring 1-5 from play, and showing why he is one of the most feared forwards in the county.

Davitts led 1-9 to 0-6 at the break but went to sleep for the next twenty minutes, allowing Killala back into the game, but finished strongly with points from Conroy, Aidan McTigue and the hugely influential Pat Coyne, to start the championship with a win, in what was a potentially tricky tie. Davitts had other good performances from inspirational captain Colm Boyle, the extremely impressive James Cummins, Paul Carey and Ronan McNamara.

A depleted Davitts junior team were defeated, 3-16 to 2-5, by Ardnaree in the first round of the county championship, in a game played in glorious conditions in Ardnaree on Sunday. Davitts had good performances from Tommy Nolan, Laurence Daly, Mark Ronayne, Michael Waldron, Shane Mitchell, John Heneghan, Kieran Mooney and Mark Diskin, while selector Michael Kearns made a surprise reappearance in the Davitts colours, as a second half replacement for Con Penny, who had ran himself to a standstill very early on in the first half. 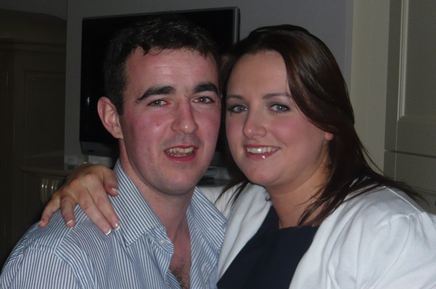 The whole of Davitts Club would like to congratulate senior player Colm Roche, and lifelong Davitts supporter Emer Donnellan, who tie the knot on Saturday. Colm has been a tremendous player for the club for a number of years, and he and Mrs.Roche are wished the very best of luck in the future. It is anticipated that a record amount of lucozade will be consumed in the Castlecourt Hotel on Saturday as Colm’s teammates are in preparation for the intermediate championship clash away to Killala on Saturday June 12th.

An understrength Achill U-14 team travelled to Ballindine on Thursday and were heavily defeated by a hungry Davitts side, who gave the visitors a 4-26 to 0-2 hiding, in the county league. Davitts, who needed a good win to have a chance of reaching the semi-final, set about their task from the throw in, with outstanding midfielder Padraig Mangan putting in a majestic performance, getting good support from Jack Rodgers, and the attack looking eager and alert, with Shane Treacy, Cathal Hennelly, Gerard Griffin, Mikie Devane and Ritchie Connor all in menacing form.

Davitts led by 2-16 to 0-0 at half time, and while Achill performed better in the second half, they found the Davitts defence of Dylan Higgins, Denis Og Fahy, Dylan Keadin, Michael Mangan and Sean Burke in a very uncompromising mood. Davitts goalie Thomas Monaghan will rarely have a quieter evening, while subs Aaron Naughton and Keelin Cosgrove also did well when introduced to the fray at halftime.