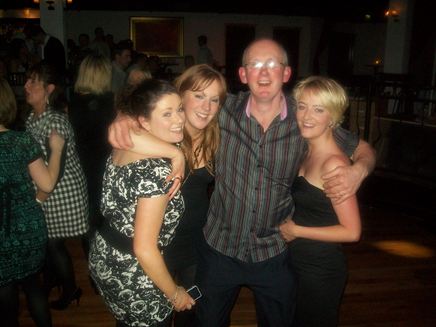 Check out the Gallery for a selection of pictures from the night! Some classics in there…

Davitts GAA Club held a hugely enjoyable Dinner Dance in the Western Hotel, Claremorris on Tuesday 29th December. The function honoured the club’s three in a row county title winning U-21 teams of the 1980’s. It was great to see former teammates reuniting and and sharing their great memories of the most successful period in the club’s history.

Many of the players travelled huge distances to attend, none more so than Bertie Penny, who flew from San Francisco. Lucy Daly was the popular receipient of the clubperson of the year award. David McDonagh, Con Penny and Kevin Gallagher won the senior, junior and U-21 player of the year awards, respectively.

It was fitting that Pa Kirrane was given a standing ovation as he collected the Hall of Fame award in recognition of the huge work he has put into the club over the years. A special presentation was made to Sean Higgins, who stepped down as secretary this year, after several years of dedicated service to the club. Many thanks to the special guests on the night, Martin Carney and Michael Commins, and PJ Barrett who did a smashing job as DJ.

Thanks also to Paul Hanley and the Western Hotel’s efficient staff, who helped make this occasion so special. The club wishes a speedy recovery to Gretta McManus whose night came to a premature end whilst doing a spot of breakdancing.