The tickets for the Dinner Dance which takes place this Friday January 6th in the McWilliam Park Hotel are almost sold out. To order tickets contact Ronan Kirrane, Billy Kearns or Lucy Daly. It is important to note that tickets will not be available on the door on the night, so ensure to order your tickets NOW to avoid disappointment.

For those of you who would like to get some fresh air to clear the heads on New Years Day why not make the short journey to Tuam Stadium to watch Davitts play Clonbur in a Challenge Match at 1pm. This will be Davitts first outing since winning the Connaught Title nearly two months ago, and should blow away some of the cobwebs that may have accumulated over the festive period. Although this is a non-competitive game, Pete Warren and Co. will be eager to carry the winning momentum from 2011 into the New Year.

For anyone that has been trapped down a well (or in a bottle of brandy?) for the last couple of weeks, and may not have heard – Davitts will take on Eire Óg Greystones in the All Ireland Intermediate Club Semi Final on the 22nd January at 2pm in Tullamore. 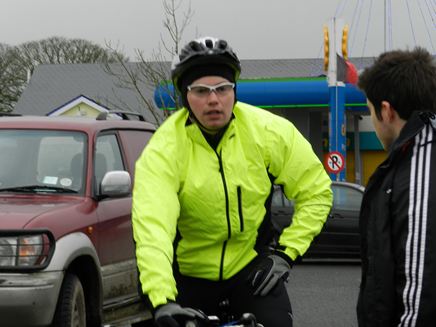 Davitts fundraising cycle went off superbly on St. Stephens Day as the Senior Squad together with a few hardy committee members and a large number of hardy vehicle drivers (so important to have a big back-up crew for these events) completed the gruelling 50 km course from Ballindine to Kilkelly and back in what looks like a record time for a GAA Club (unconfirmed).

There were a number of exceptional performances on the day with Pat “Hopper” Hopkins (pictured) earning the yellow jersey, using his riding experience to great effect, in a controversial finish, as both Colm Boyle and Liam Kearns who finished in first and second place respectively, were subsequently disqualified after a severe breach of the rules of cycling (they were running). Josh Ronayne was awarded the white jersey as best young cyclist, pipping Mark Ronayne and Michael Waldron (not the presto seller!) for this award.

Paul Carey was poised to win the prestigious polka dot jersey for King of the Mountains until he was involved in an unfortunate pile up with a cavalcade vehicle, allowing the more experienced rider Alan Roche to claim this award ahead of Ronan McNamara, Dave McDonagh, Ronan Kirrane, Billy Kearns and the very impressive Liam Griffin. The black jersey (worst rider…a new category) was shared by the two Michaels, Messers Hynes and Conroy, although it was generally felt that Hynsie had put in the greater effort!

Well done to all who participated in any way. A huge thank you to everyone who supported this event, your sponsorship is greatly appreciated.

A selection of photos from the cycle are now available in the Gallery!

Connaught Intermediate champions Davitts are currently preparing for their All-Ireland semi-final against Wicklow and Leinster champions, Eire Og of Greystones, a game that will take place in Tullamore on Sunday January 22nd at 2pm. The boys are ticking over nicely under the watchful eye of our dear leader Pete Warren, John Treacy and Ja Trench.

Davitts are extremely grateful to the Claremorris Athletics Club for allowing the squad to use their very impressive indoor arena for training. It is much appreciated as both of our pitches are currently in a bad state due to the inclement weather. A couple of challenge matches are being arranged before the semi-final, so watch this space for times, dates and venues.

Just in case it has slipped anyone’s mind, the Club’s Dinner Dance takes place on Friday January 6th in the McWilliam Park Hotel, Claremorris. MC for the night will be the inimitable Liam Horan and a very, very special guest is also being lined up on a night not to be missed as the club celebrates our fantastic year. To order tickets contact Ronan Kirrane, Billy Kearns or Lucy Daly. It is important to note that tickets will not be available on the door on the night, so ensure to order your tickets to avoid disappointment – trust us, you do not want to miss this shindig!

Finally, don’t forget our fundraising cycle on St. Stephens Day when the senior squad undertake a 50km cycle. Davitts would like to express our sincerest gratitude to everyone for their generous sponsorship to date.

Thank you to our Sponsors 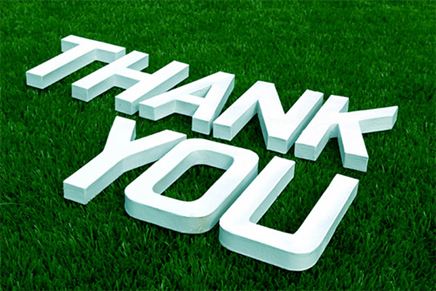 Davitts GAA Club would like to sincerely thank our sponsors throughout the year and for the upcoming All Ireland Semi Final. A huge thank you for your greatly appreciated support to: 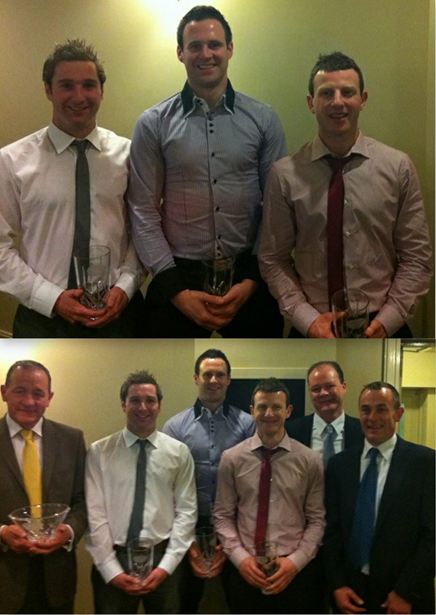 Davitts remarkable year on the playing pitch was recognised at the Mayo News Club Stars awards when our unbelievable defender Colm Boyle, our magnificent midfielder Ronan McNamara and our inspirational captain Michael Conroy were picked on the team of the year, an unprecedented number for an intermediate club. Michael also pocketed the Intermediate Championship Top Scorer from play and the Intermediate Player Of The Year awards to the delight of the enthusiastic (and vocal) Davitts contingent present at the Knockranny Hotel in Westport on Saturday night.

Congratulations to the three lads, their teammates (some of whom can count themselves unlucky not to have been receiving a Club Star award themselves this year) and the management team as our sensational year rolls on. By the way, Colm, Ronan and Michael all trained at 11.45am on Sunday morning, showing no signs of a hard night, unlike manager Pete Warren, selectors John Treacy and Ja Trench and club secretary Ronan Kirrane, who looked resplendent on Saturday night in his dapper new suit.

Davitts GAA Club recently held their AGM in the Community Centre Ballindine. The most successful year in the clubs history was reviewed, a year in which we won the O’Meara Cup, County and Connaught Intermediate Championships, County Intermediate League, South and County Minor B titles, Tierney Cup and were defeated in the finals of the County U-21 B and County U-16 B as well as being promoted to Division 1A of the Senior League.

The following officers were elected for the coming year:

Assistant Treasurer: John A. Noone