Juniors get their Div 1D campaign off to winning start

Davitts Junior team travelled to Ballycastle on Saturday and, after a fabulous performance, defeated the home side by 2-7 to 1-7, to get their season off to a great start. Playing with the wind in the opening half, Davitts looked sharp early on and had raced into a 1-3 to 0-0 lead after twelve minutes with Darren Connolly, Clive Hennigan and Andrew Peters pointing and Seamus Roche finishing off a superb goal after great work by Mark Ronayne, Cathal Higgins and Andrew Peters. The halftime score was 1-5 to 1-2 in Davitts favour, two more points from Darren Connolly and Richie Kilkenny completing their first half tally.

After five minutes Ballycastle were back within one point of Davitts before Darren Connolly goaled expertly after Clive Hennigan and Richie Kilkenny had done the spadework. It proved to be the game’s crucial score as at this stage the Davitts boys were working tremendously hard and Ballycastle were finding it very hard to make any progress. Clive Hennigan and Cathal Higgins scored the final two points for Davitts.

This was a brilliant team display where all eighteen players played their part. The Ronaynes, Mark, Michael and Donal, Tommy Mitchell, Seamus Roche, Darren Connolly, Clive Hennigan and Richie Kilkenny were excellent but centre back Cathal Higgins would just pip his neighbour Andrew Peters for the man of the match award in this game.

Minors get Division 2 League campaign off to winning start

Davitts Minor team travelled to Knockmore on Sunday morning and came away with two valuable league (Division 2) points in a very encouraging start to their season. Amazingly, Davitts trailed by 0-11 to 0-1 at the interval, albeit having played against the wind in the first half. They chipped away at the lead in the second half but still trailed with ten minutes remaining. Davitts never panicked however and were rewarded with two cracking late goals by Cathal Hennelly to win by 2-11 to 0-13, a scoreline that looked most unlikely at halftime.

Claremorris got the better of Davitts in the u-14 Feile tie played in Ballindine on Monday. The final score was 1-9 to 0-6 after a well contested game. Claremorris led by 1-3 to 0-2 at halftime, Jack Ronayne scoring both of the Davitts points. The teams were closely matched but Claremorris found the scores easier to get than the homeside. Points by Ciaran Fahy, Ryan Mulligan and two from sub Caolan Mullee, unable to start due to injury, accounted for Davitts second half tally.

U-16’s League campaign off to a winning start

Davitts U-16 team got their Division 4 league campaign off to a winning start with a fine 3-15 to 0-5 victory over Castlebar Mitchells B team in Ballindine on Saturday. It was only in the final quarter that the homeside pulled away from the Castlebar boys.

Davitts led by 0-8 to 0-4 at half time with the outstanding Evan Ronayne supplying seven fine points and the hardworking Shane Treacy completing the tally. But for some superb defending from the Fahy brothers, Denis and the classy Ciaran, and some excellent work by Caolan Mullee in goals, the gap could have been a lot closer. At midfield Jamie Mullee and the tireless Patrick Keadin did very well throughout.

The second half started off with Castlebar attacking but another top class save by Mullee kept them at bay and an opportunist goal by Andrei Trench was the catalyst for Davitts to assume full control. Two further goals by Ronayne and a string of points by himself, Treacy and sub Jack Ronayne, gave the scoreline a rather more lopsided look than Castlebar deserved.

As well as those mentioned earlier, Davitts had fine performances from an uncompromising half back line trio of Ryan McLoughlin, Christopher Ryan and Cathal Moran, with Francis Griffin, Daniel Huane and Keelan Cosgrove also doing well. 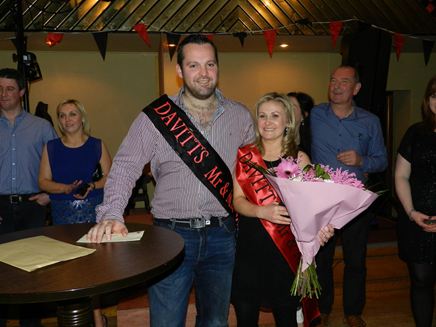 A load more pics from the night will be available shortly – some gems in there!

Davitts travelled to Cong on Sunday morning for this O Mara Cup tie and the superior fitness levels of the home side was the difference in an entertaining game. The Neale had registered six unanswered points in the opening twelve minutes, into the wind, before Davitts woke up. Driven on by Paul Carey at midfield, they began to chip away at the lead. Points from Carey, Fearghal McGrath, Liam Kearns and a very lively Keith Prendergast (3) left the halftime score 0-10 to 0-6 to The Neale.

Davitts came out for the second half fired up and played some excellent football. Playing with great spirit they managed to get on level terms with the hosts with eight minutes remaining after some fine points from Seamus Roche, Liam Kearns, Carlos O Gara and Prendergast (2). The crucial goal was then scored by The Neale when a long delivery was flicked to the net and this score settled them when it looked like the game was slipping from their grasp.

Two short range frees to The Neale and Davitts points from Carey and Kearns completed the scoring.

We would like to remind you that the eagerly anticipated Mr. & Mrs. Contest will be held in Bourke’s of Irishtown tomorrow night (09th March). The first couple are on stage at 9:30pm SHARP, so please arrive early or you WILL be delayed entry to the hall until there is a break in questions. A night of great craic is guaranteed, so please show your support for the 9 brave couples who will face a grilling from our double-act Host and Hostess, Gabriel Prendergast and Veronica Keadin! Entry is €10, with plenty of spot prizes up for grabs on the night. All welcome!

Get your Davitts Easter Chicken! 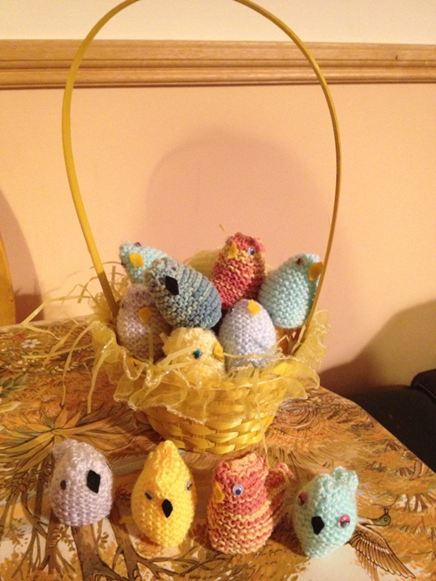 Get one of these adorable little knitted chicks for just €3 in the shops in Ballindine and Irishtown, and support Davitts in the process! On sale now!