Davitts U-16’s travelled to Kilmaine on Friday evening and had an impressive 4-16 to 2-12 victory over Carras in the South Mayo B Championship. Davitts led by 3-7 to 2-6 after a well contested first half with corner forwards Jack Ronayne (2) and Ryan McLoughlin supplying the goals and Evan Ronayne (5), Thomas Corless and Jamie Mullee scoring the points.

Davitts were well in control for most of the second half with Evan Ronayne in superb form. He added another 1-7 in that second half and Jack Ronayne and Thomas Corless added two more to give Davitts a handsome ten point victory.

All of the players contributed well in this game but the performances of Caolann Mullee, an outstanding netminder, Niall Kearns, Ciaran Fahy, Dimitri Trench, the prolific Evan Ronayne, Thomas Corless and Jack Ronayne were particularly eye-catching. 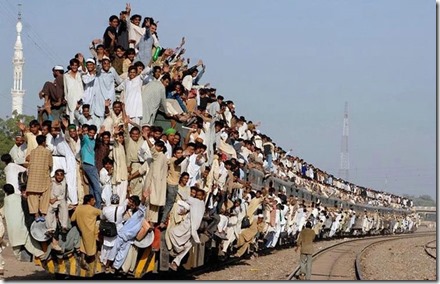 Fares from €5.99* each way from Galway, Oranmore and Athenry to Limerick

The Gaelic Grounds is (according to Irish Rail) walking distance to and from the train station and with web fares* passengers can sit back cut out the traffic jams.

Don’t forget customers can park for FREE in Oranmore station which has 140 spaces, just another reason to take the train.

Tickets available on-line at www.irishrail.ie or at your local Iarnród Éireann Station. 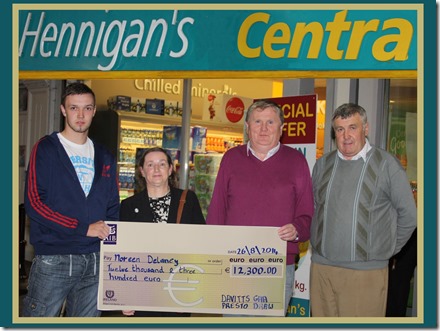 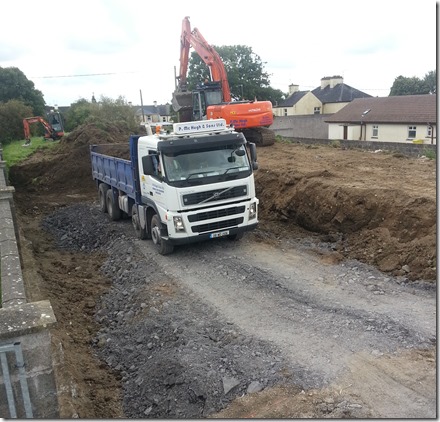 McHugh & Sons have today (19th August) started the excavation of the site for the new Clubhouse. Expect to see rapid progress to this development in the coming months. Thanks to all who have made this project possible!

Ballintubber showed why they are one of the strongest teams in the county, or even the province, with a clinical display in Ballindine in the Senior League Div 1A on Saturday evening. With both squads operating without a number of first team regulars, the strength and intensity of the Ballintubber lads was very impressive, as they brushed aside the home team’s challenge with ease.

Ballintubber lead by 1-5 to 0-3 at halftime after a reasonably well fought first half. Davitts scorers were Thomas Waldron, Ronan McNamara and Keith Prendergast.

Points from Aidan McTigue (2) and Darren Connolly completed the Davitts tally on a night when even the most diehard supporter, of which we have many, would have to admit that we weren’t ever really at the races.

Davitts produced a second half display full of determination and quality to secure an unlikely victory over neighbours Claremorris in the South Mayo Junior A Final played in Hollymount on Tuesday evening. Davitts, the holders, had to play second fiddle to a very impressive looking Claremorris outfit for most of the first half, and were lucky to be trailing by only one point at the break, 1-3 to 0-5, after playing with the advantage of the stiff wind. Davitts came out fired up in the second half and their display was a credit to their battling qualities as they etched out a famous victory, securing the title for only the third time.

Claremorris had raced into a three point lead after ten minutes before a David McDonagh point from long range settled the Davitts team down. Another McDonagh point and one from Darren Connolly had the sides level before Claremorris struck a scrambled goal. Davitts replied with two fine points from team captain Shane Mitchell and Clive Hennigan to narrow the gap to a point at halftime.

Davitts were a completely different team in the second half and they played with a ferocious intensity that unsettled Claremorris. The very impressive Darren Connolly began to terrorise the Claremorris defence and points from him and David McDonagh lifted the Davitts team and their large support. Connolly added two more points and Clive Hennigan bagged a beauty before the finish as Davitts earned a famous victory over their big rivals.

While all the players played their part in this win, the performances of man of the match Brian Clarke, Frankie Barrett, Sean Waldron, William Freeley, David McDonagh, Darren Connolly, Shane Treacy and the inspirational John Costello were particularly noteworthy.

Davitts Junior Team made the long trek to Belmullet on Friday evening and went away disappointed after a 1-8 to 0-10 defeat in the County B Championship. The two sides were very evenly matched but the standard of reffing left a lot to be desired. Both Belmullet and Davitts were left scratching their heads with many of his decisions but in the end it won’t bother the winners as they gained the two valuable points.

There was little to separate the teams from the word go but a Belmullet goal, fifteen minutes into the game, after some very hesitant defending by Davitts, proved to be the crucial score. They led by 1-4 to 0-6 at the break with JP Kirrane, Clive Hennigan, Liam Noone (2) and Darren Connolly (2) the Davitts scorers. Indeed Connolly was proving a real thorn for the homeside and was repeatedly fouled when he got the ball (some of them punished by the awarding of a free).

In the second half the two committed teams fought hard in the greasy conditions but both teams were reduced to thirteen players by the end with the card happy ref becoming the most influential figure on the field.

Davitts had points from Johnno Clarke, William Freeley and Darren Connolly (2) but Belmullet held on in the frantic closing minutes to claim victory.

Davitts captured the South Mayo U-14 A Title with a hard fought but well deserved victory over Claremorris in Hollymount on Thursday evening. Claremorris opened the scoring with a point but a cracking Niall Kearns goal settled his side’s early nerves. The exchanges were tight throughout the first half but Davitts went in 1-4 to 0-3 ahead at halftime. Jordan Flanagan, Stephen Nyland, Shane Waldron and Dimitri Trench were Davitts pointscorers.

Claremorris came out with all guns blazing in the second half and and an early goal and point had them level after two minutes and when they took the lead a few minutes later it looked bleak for Davitts. They showed great bottle however and Stephen Nyland goaled after great work by Flanagan and Niall Treacy to put them ahead again. They added points from Flanagan, Shane Waldron, David Devane and a Nyland brace to run out winners after a very entertaining contest.