Davitts Senior team kicked off their 2015 campaign with a fine seven point defeat of Charlestown in the Michael Walsh League in Bekan on Friday night. Things didn’t look too good for Davitts at halftime as they trailed by a point after playing with the assistance of the wind in the first half. The halftime score was 0-4 to 0-3 with the impressive Josh Ronayne supplying all three of the Davitts scores as both teams tried to shake off the Winter cobwebs.

The halftime team talk worked wonders for the Davitts lads as they came out firing on all cylinders and really took the game by the scruff of the neck. Ronan McNamara began to dominate the midfield exchanges and got great assistance from sub Sean Waldron. Davitts defended superbly and two Josh Ronayne goals, three classy Liam Kearns points and a point each from subs Cathal Hennelly and Matthew Trench ensued as Davitts claimed the two league points.

Topaz have announced a Cash for Clubs initiative, to help clubs raise much needed funds. The initiative costs nothing for the clubs or people who support it – see below for details. You can get your card in Hennigan’s or any Topaz Service Station now. This initiative will run for the next 12 weeks. Please support! 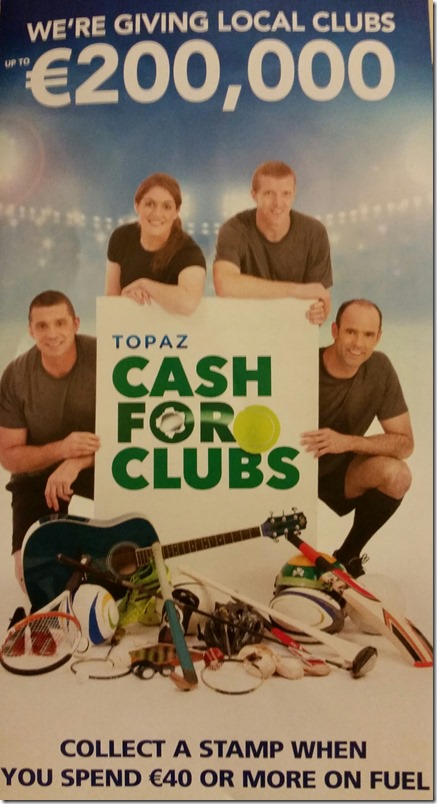 *Step 1 below is already completed by Davitts – no action required on your part. 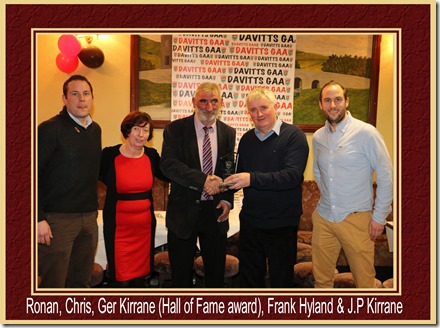 Davitts GAA Club held a very enjoyable Social in Bourke’s, Irishtown recently. Medals were presented to the successful Ladies Minor and Junior panels and to the men’s Junior Squad who retained the South Mayo A Title. Player of the Year awards were presented to Ronan McNamara (Senior), Darren Connolly (Junior), William Freeley (U-21) and Caroline Mooney (Ladies). Liam Nyland was a popular recipient of the Clubperson of the Year award while Ger Kirrane was added to the Hall of Fame. A special presentation was made to Rebecca Waldron in recognition of her being awarded Connacht’s Young Player of the Year. More photos of award winners are available in the Gallery.

Meanwhile the football season will kick off on Friday night (20th Feb) at 8.30 in the Centre of Excellence, Bekan with the Senior’s taking on Charlestown in the first round of the Michael Walsh League.