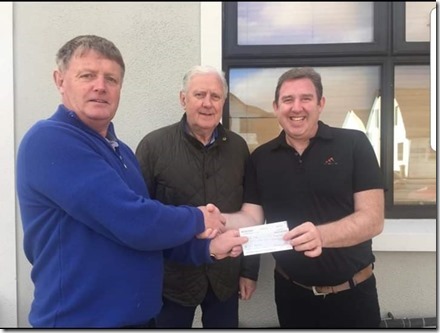 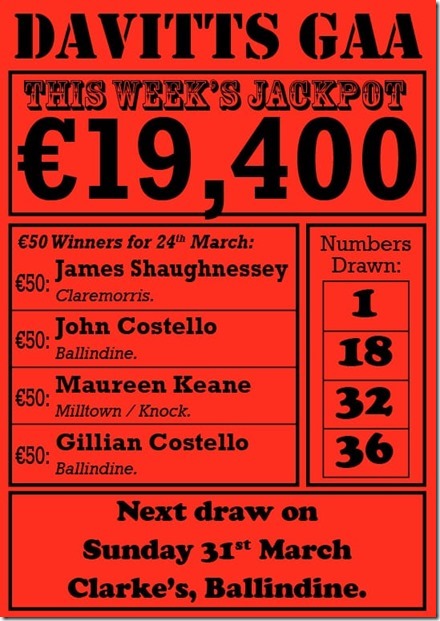 John Brady of Griffith’s Motor Group, Claremorris presenting a cheque to Louis Prendergast of Davitts GAA. Many thanks to Griffith’s for their sponsorship. 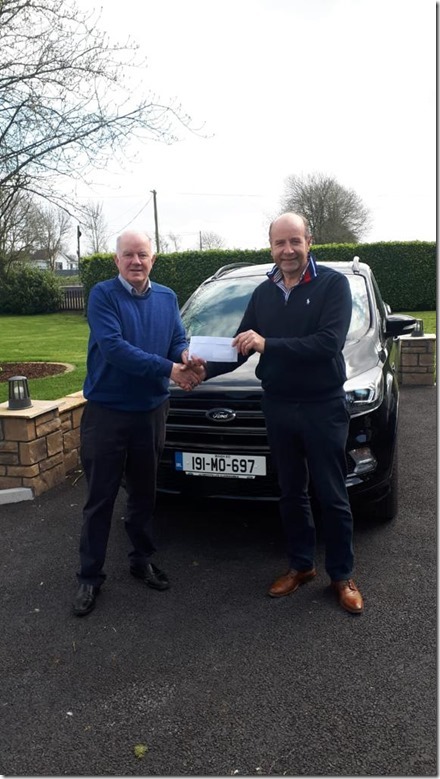 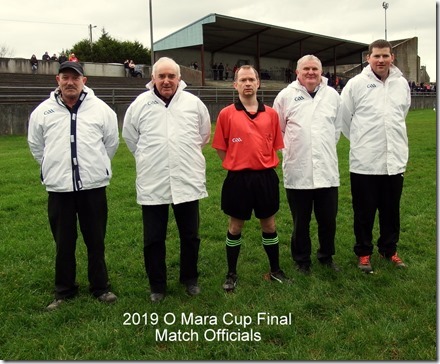 Davitts U-16 team made the short journey to Claremorris for their opening match in Div 1 of the County League and defeated the home side by 2-11 to 0-8 after a stylish display.

Davitts playing with the advantage of the wind in the opening half and with Fenton Kelly and Fionan Gallagher in top form at midfield, built up a 1-9 to 0-3 lead at the break. Jack Devane (5), Jack Melvin (2), Mark Birmingham and Fenton Kelly the point scorers, while full forward Davey Hennessy supplied the goal, a simple finish after a very slick passing movement involving several players.

The teams traded points early in the second half, Fenton Kelly scoring for Davitts, before his midfield partner Fionan Gallagher blasted home a second goal for the visitors to kill off the Claremorris challenge.

Claremorris came back strongly but the Davitts defence, superbly marshalled by Micheal Hett and Thomas Ronayne, held firm and limited their attack to four points in the final twenty minutes. At the other end Davitts themselves only added a point to their tally in this period of the game, a classy effort from livewire Jack Devane, as his side held on for a satisfying win to open their campaign in the top flight.

Thanks to McLoughlin Reapy & Co for their sponsorship. Aisling McLoughlin is pictured presenting a cheque to Feile Committee members. 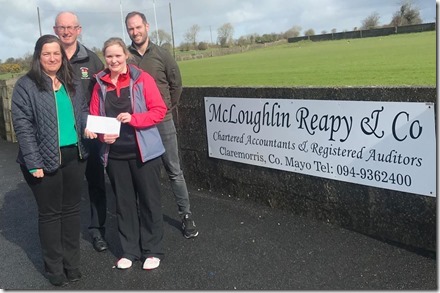 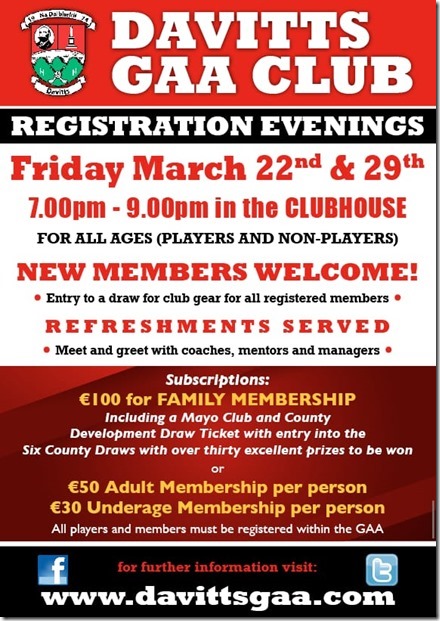 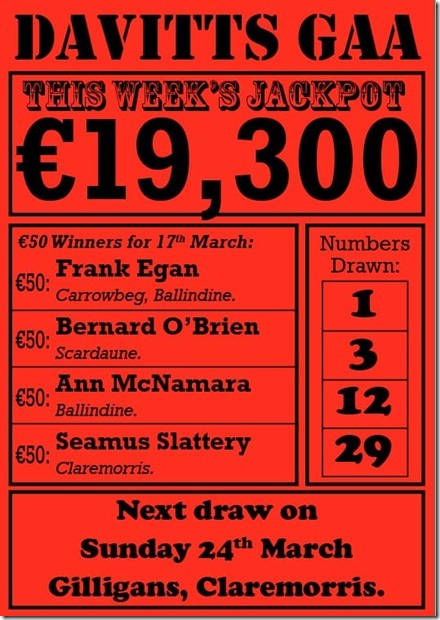 Michael Mooney of Mooney & Kirrane Tarmac Contractors, another one of our Feile sponsors, presenting a sponsorship cheque to Feile organising committee members. 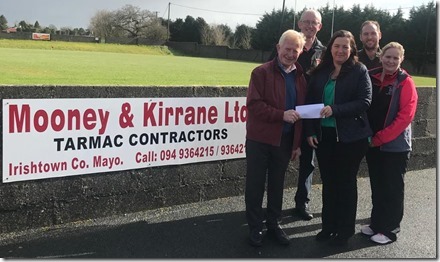