James Cummins to be behind bars ahead of All Ireland Final 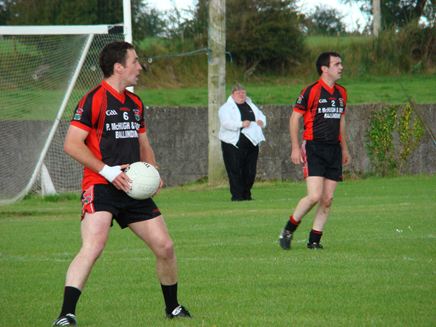 It was bound to happen sooner or later. Shocking? Yes. Surprising? Not really. People may think that the Club Website is not the appropriate forum to make such an announcement. However, the matter is of consequence to Davitts GAA Club, and as such, is a valid topic.

Now for those of you who thought by the rather sensationalist headline and introduction to this article, that Davitts self-proclaimed tough-man James ‘Tidi’ Cummins was going to jail for some reason, shame on you! James has taken on a new business venture this week, that will see him run the Porter House bar in Claremorris. The official opening is this Friday night (27th Jan) and all are welcome! James is on record as saying that there will be no discrimination against patrons from any other South Mayo clubs, however he did stop short of extending the same pledge to some clubs in the other three regions of Mayo, in particular East Mayo…*cough*

There will be live music on Friday night, with drinks being served by topless staff (not necessarily female staff…), so why not drop in for a pint to greet the the most sophisticated and elegant young barman / bouncer in Claremorris on his grand opening?!

Davitts GAA Club would like to wish James the very best of luck in his brave new venture. There may not be too many Davitts players drinking there for the next few weeks, but come February 12th that is one thing that will be rectified well and proper!