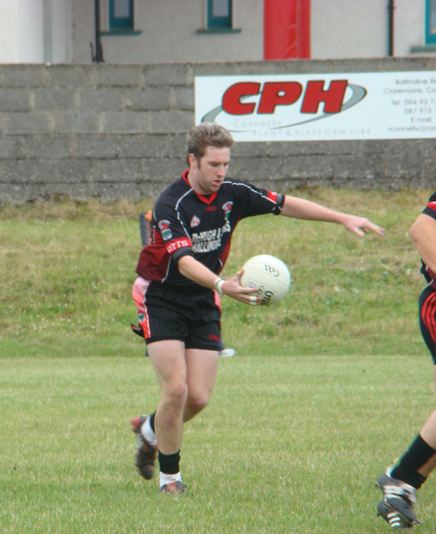 Davitts defeated Ballyhaunis by 3-12 to 0-9 in the Secondary League in Ballindine on Sunday in a game that also doubled up as the Prendergast Cup final. Both teams used this game to try out a number of fringe players. It was only in the last ten minutes that Davitts pulled away from their visitors, with full forward Fergal McGrath scoring two late goals. Davitts had led by 0-5 to 0-4 at halftime after a lacklustre first half but Ronan McNamara began to dominate the midfield exchanges and with Colm Boyle, outstanding at wing back, Michael Conroy, Richie Kilkenny and McGrath all in top form, Davitts kicked on and won but not as impressively as the final scoreline suggests.