Davitts GAA Club staged a very successful “Bros Of Tralee” fundraiser in The McWilliam Park Hotel, Claremorris recently. A large crowd attended what was a most entertaining “beauty pageant”. The contestants looked stunning, with the make-up girls playing a blinder, leaving no stone unturned in transforming thirteen macho men into rather credible looking ladies (with one or two exceptions!). Galway Bay FM’s Ollie was a superb MC for the night doing his usual ultra-professional job.

Thomas Waldron (Tamara) collected the coveted tiara and there were emotional scenes when he was announced the winner just pipping Ronan McNamara (Roseanne) and Lawrence Daly (Laura). Indeed any one of the thirteen contestants could have won as they all put on wonderful performances. A huge thanks to all thirteen lads who worked so hard for several weeks to perfect their hilarious routines. The other ten contestants were Gabriel Prendergast, Tommy Clarke, Lawrence Daly, Liam Kearns, Keith Prendergast, Padraig Moran, John Kean, Joe Ryan, David Mitchell and Luke Ronayne.

The organising Committee would also like to thank the generous sponsors of the event, The McWilliam Park Hotel, Michelle Rattigan (a brilliant musician who accompanied the singers), madcap DJ Michael Burke and Eamon Kelly, Billy Freeley, Noel Macken, Lucy Daly, the make-up girls (Sarah, Darina, Roisin and Rachel), the ticket sellers, everyone who attended and of course Ollie Turner.

The popular Thailand bookie Hoos Yer Wan has just released the odds for the Davitts Bro’s Of Tralee Contest. They are as follows:

Davitts GAA Club are pleased to reveal the names of the contestants in the Bros Of Tralee, which takes place in The McWilliam Park Hotel, Claremorris on Friday 11th July. There are two other mystery contestants, two popular local characters, ever slightly more mature gentlemen, who have always dreamed of taking part in an event like this! After weeks of auditions, the following are the successful candidates:

M.C. on the night is the wonderful Ollie Turner of Galway Bay FM while the music will be provided by DJ Michael Burke, in his own unique style. 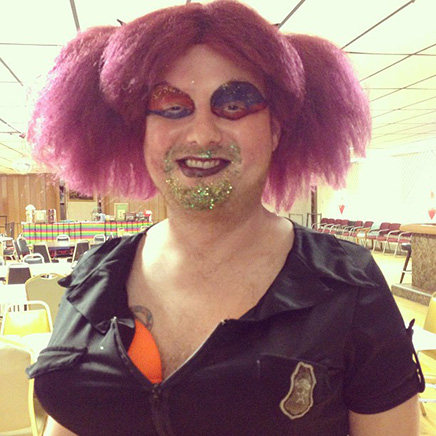 Mayo will face either Galway or Sligo in the Connaught Senior Football Final on Sunday July 13th. This will not be the only huge event that weekend. On Friday July 11th in the McWilliam Park Hotel Claremorris, Davitts GAA Club will stage “The Bros Of Tralee” fundraiser (a beauty pageant with a difference).

Galway Bay FM’s Ollie Turner will be the compere for the night. The contestants are all male but will be donning their finest dresses and heels etc for the occasion.

Among the contenders for the tiara are a few prominent members of the Davitts Senior and Junior teams, a few avid supporters of the Club, a rock star/actor, one or two “mature ladies” and a couple of lads from neighbouring Clubs.

Tickets for this event (adults €15, students €10) can be purchased from Billy Kearns, Lucy Daly, Joe Reapy, Ballindine P.O or any Committee member. Get your tickets early!

Gardaí are advising people in the Ballindine/Irishtown area to be extra vigilant as there has been reports of a number of items of ladies underwear disappearing from clotheslines in the past week. They are anticipating that this problem is only likely to escalate in the next three weeks…

Friday night July 11th is a date for your diaries. Davitts GAA Club will host a fundraising Rose of Tralee style “beauty pageant” in the McWilliam Park Hotel, Claremorris.

Galway Bay FM’s Ollie Turner will be the MC for the event and he will interview the contestants in his own inimitable style. A fine collection of “talent” has been recruited to vie for the coveted crown and they include members of the Senior Team, supporters and one or two surprise guests.

Admission is €15 for adults and €10 for students. Tickets (which are in hot demand) can be purchased from Billy Kearns, Lucy Daly, Joe Reapy, Ballindine Post Office or any Club Committee member.