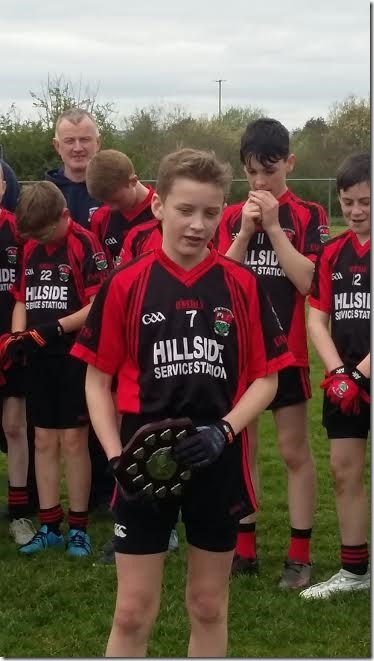 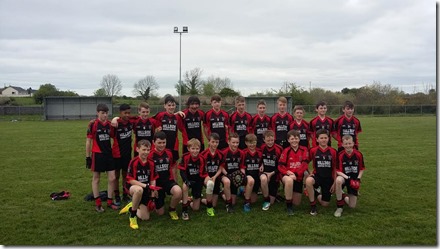 Davitts U-14 Team qualified for the National Feile Finals by winning the Mayo Feile B competition in Parke last Saturday. Davitts defeated Crossmolina in the Semi-Final and Kilmovee Shamrocks in the Final.

This is the first time that Davitts have qualified for the National Finals so huge credit to all the lads and their hard working management team of Derek Byrne, Frank Kelly, Darren Connolly and Tommy Ronayne.

Crossmolina provided stiff competition in the Semi-Final but Davitts ran out 2-8 to 0-7 winners, with Jack Devane (1-6), Joe Prendergast (1-1) and Fenton Kelly (0-1) the scorers.

Up front Jack Devane was superb throughout and he is a player that will light up the Finals. Joe Prendergast was excellent too with Jack Melvin, Bon Glynn, Mark Bermingham, Brian Bermingham, Dylan Gallagher, Davy Hennessy, Brian Eagney, Fionn McLoughlin, Ryan Rattigan and Jamie Raftery all contributing to this historic day in the Club’s history.